Why Flame md5 collision was necessary

I read Countdown to Zero Day (and really enjoyed it!) but I still didn’t have a firm grasp on why the NSA needed to forge their own certificate when they already had a valid code-signing certificate from Microsoft. This crypto stackexchange page and this TrailOfBits slide deck were the most helpful resources for me to finally understand why.

This slide from the second link, a TrailOfBits slide deck, is what helped me the most: 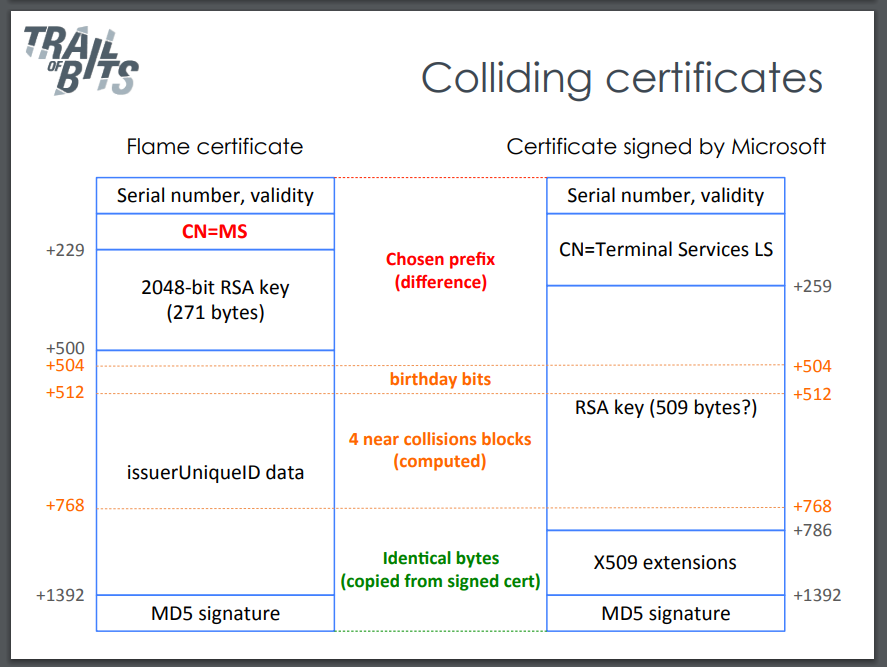 The whole slide deck is worth a read-over. I admit I’m too novice to understand the importance of near collision blocks and birthday bits.