Go to the repo

It’s interesting to me how much time I just spent figuring out how to do something I just did two (three?) years ago. Back then, I started working on a “devops” approach to a virtual machine kali pentest lab. That meant documenting – and scripting, as far as possible – each step. DevOps starts from as early in the chain as possible – from an installation iso (starting with packer in that case), a vagrant base box, or for Metasploitable2, the Rapid-7 “golden-image” vmdk file. And ending with the deployed vagrant images that I have students use.

Except apparently I didn’t document anything about how I made a libvirt vagrant provider Metasploitable2. I could have vagrant-migrated one of the metasploitable2 boxes on vagrantcloud built for different providers. But that felt too fragile – too far removed from the origin. And why take the easy road when you can spend 10x as long doing it yourself!

There were some show-stopper problems. The interesting part is that when I hit these gotchas, I had no recollection of hitting them before. But I did have my already-working Metasploitable2 libvirt box to reference. It was basically my own golden image on top of the Rapid7 golden image – a disk that I got working at one point, but couldn’t replicate the steps. It “just worked.” That’s anti-devops.

So I’d hit a problem, and then scratch my head and say, “well how did I do it with this golden image?”. But few hints jumped to mind. So I found myself starting from ground zero – web-searching* promising pieces of the error messages, combing through forums, curating potential solutions using my fathomless life experiences. I’d look at a potential solution and then say, “this looks promising… does it look like I did this with the golden image?” and if yes, I applied the step to the original image, created a new vagrant box, and saw whether it worked.

For example, look at this error: 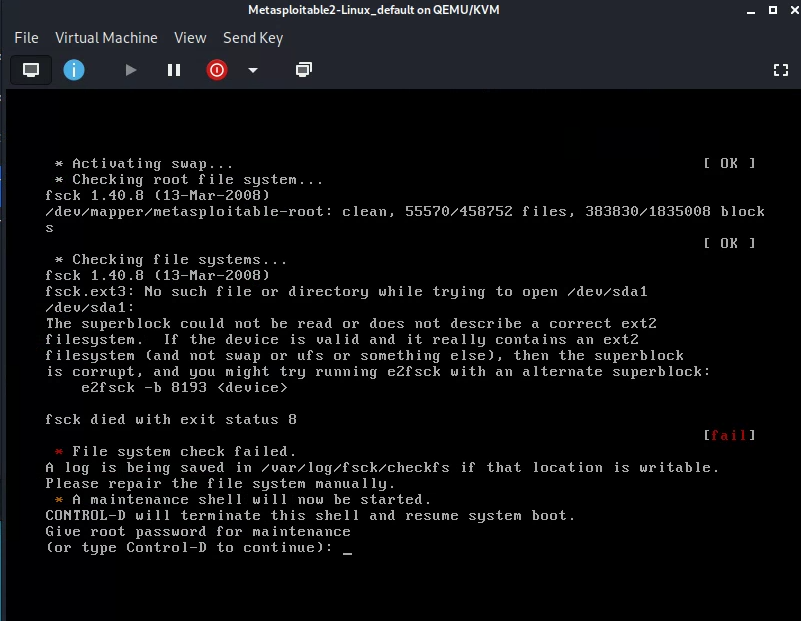 Suspicion: Was create_box.sh corrupting the disk?

Suspicion: Were the vagrantfile defaults set by create_box.sh messing things up?

Suspicion: I remembered something nagging about /etc/fstab, from previous boxes I’d made. I then read the error message in the image above more closely. It wasn’t saying the disk was necessarily corrupt. Rather, it was saying it couldn’t find /dev/sda.

I had to go through similar troubleshooting to realize that msfadmin needed passwordless-sudo so that vagrant-libvirt could ssh in and add a second network adapter. That took another few hours, but lo, it turns out I had done that in the golden image at some point. No memory of that! Weird! But I remembered – from hints while web-searching – that that was a common step required when setting the conventional vagrant user on a vagrant base box.

Again, meta-cognitively, the interesting part was my having no memory of having already done these steps. Maybe I’m getting old. Or maybe I did the original steps so late at night that they hadn’t entered long-term memory, if that is a thing. :shrug:

I have documented the build process in this github repo.

* trying my best to not say “google-searching”. Except, duckduckgo sucked at guessing that I was looking for the vagrant-libvirt project landing page – its github repo – when I searched vagrant-libvirt – that repo’s readme is the seventh hit for that search. Where the root of the repo is the first hit for a google search. So, hat tip to google for coding searching, I guess. 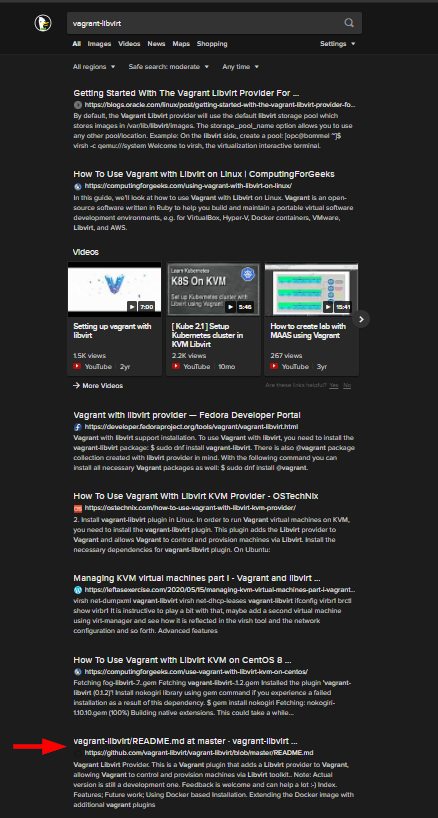 David Eargle is a business school professor, but secretly he is a computer scientist. His life goal is Automate All The Things. More about the author →